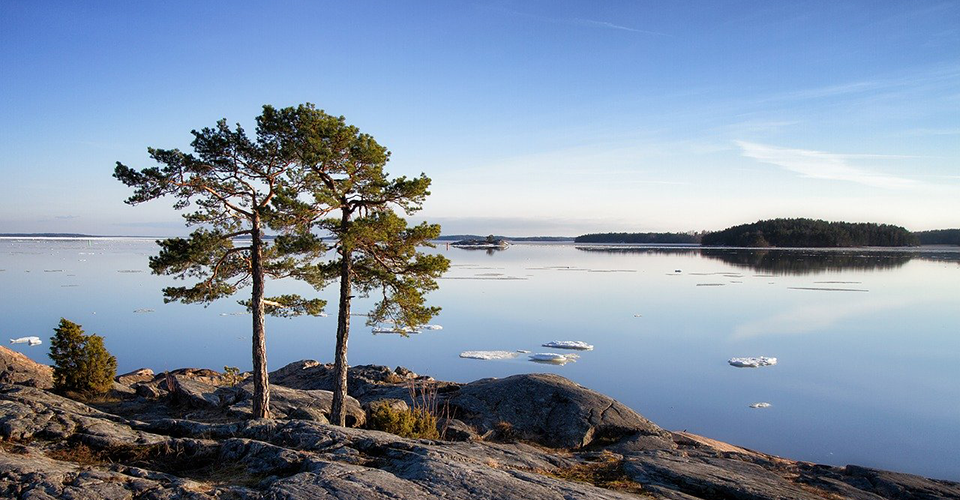 Image by Finmiki from Pixabay

Cities are centers of production and consumption as well as emissions and the use of natural resources. Many cities are located by the coast, rendering them more vulnerable to extreme weather events, which will become more common with climate change. However, cities have, even on a global scale, good possibilities for improving energy efficiency and water consumption, developing circular economy, reducing the carbon footprint and developing a sustainable societal structure. The significance of cities and their practical level collaboration has been ground breaking in many international cases, where national governments have found it difficult to strengthen their cooperation or find solutions. Cities are flexible actors that can, in addition to their role as a local authority, also quickly test new practices and implement pilot projects.

Saving the sea is also one of the main objectives of the EU Strategy for the Baltic Sea Region (EUSBSR, 2020). In 2017, the government endorsed a resolution on Finland’s Strategy for the Baltic Sea Region. Interest groups were engaged in the preparation of the strategy, with the cities of Helsinki and Turku participating in the work. Finland’s strategy is based on a clean Baltic Sea and viable marine environment, and the goal is to become a global pioneer of bio-economy, circular economy and solutions for safe and clean shipping. In parallel, the strategy aims at developing competence and innovation, networking and competitiveness. The strategy emphasizes the role of regions, cities, businesses, higher educational institutes (HEIs) and civil society organizations in the Baltic Sea work (Prime Minister’s Office, 2017). In South-West Finland, these actors have already a long history of collaboration towards a cleaner Baltic Sea. In the following paragraphs we present some examples of how the City of Turku and Turku University of Applied Sciences (TUAS) have collaborated to carry out different activities of the city’s Baltic Sea Action plan.

As extreme rain events have become increasingly common, the City of Turku, among many other cities, has recognized the importance of developing climate proof stormwater management that would allow reducing stormwater floods as well as pollution. The task is huge and systematic realization of sustainable stormwater management structures in new development areas, as well as existing cityscape, will require, in addition to substantial financial resources, the change of mindset of all city officials linked with city planning, construction and maintenance. City organization and operation modes are large, complex and slow to change. As a mobile and initiative research group, TUAS water and environmental engineering group has come in handy, as it has carried out different practical developments, such as identification of stormwater pollution hotspots, developing water management instructions for construction sites and realization of pilot sites. TUAS students have participated in all developments, which has allowed many of them to find employment as stormwater experts after their graduation.

Mitigating phosphorus (P) leaching from arable land is critical for improving water quality and reducing undesirable eutrophication of lakes and seas (Ulen et al., 2017). Agricultural practices affect P leaching less than meteorological conditions, but P transport through the soil is also strongly dependent on soil structure. Structure liming (applying quicklime (CaO) or slaked (hydrated, (Ca(OH)2 lime) to the entire topsoil can effectively improve  water infiltration over the whole field area. Structure liming is widely used and studied in Sweden but in Finland there is very limited amount of information available about the effects of structural liming. TUAS and the City of Turku with other project partners started (from 2019 to 2021) a project to investigate the effects of structural lime in agriculture. One case study is in the fields owned by the City of Turku. Structural liming is one of the most potential tools to reduce phosphorus load from agriculture to the Baltic Sea. Reduction effects can last tens of years with one treatment.

In the Baltic Sea Challenge action plan the City of Turku has committed to arrange supplementary training on harmful substances for ecosupporters. Ecosupporters are city employees, whose role is to act in their own units to make small changes and increase awareness on green choices. Increasing the awareness of ecosupporters is seen as a means of bringing the green action to the grass roots level. In previous years TUAS had collaborated with different units of the City of Turku to reduce the use of hazardous chemicals, in the NonHazCity project. As a continuation of these activities, TUAS suggested to the city that they could produce an online training material for ecosupporters on hazardous substances as a part of the project. This was welcomed by the city, as TUAS has both good infra and expertise for producing online education materials. The training material is currently being prepared and at the end of year 2020 it will be available for ecosupporters nationwide.

The Protection Fund for the Archipelago Sea

The cities have the mandate and the potential for making a significant change and contributing to sustainable development by implementing new green solutions. However, middle-sized cities, such as Turku, often do not have sufficient capacity to carry out piloting projects, which require special scientific expertise and know-how of international project funding. The City of Turku has tackled this challenge by collaborating with the local universities. TUAS has become a “task force”, that has in recent years prepared and implemented numerous EU-funded environmental projects in collaboration with the city. This collaboration has been mutually beneficial; it has allowed the city to carry out its ambitious action plan for saving the Baltic Sea, whereas TUAS staff and students have benefited from the opportunity to work with practical real-world cases.

EUSBSR. (2020). EUSBSR in a nutshell. Basic facts about the EU Strategy for the Baltic Sea Region, https://www.balticsea-region-strategy.eu/about/about, retrieved 27.4.2020