Early in the morning in 9th of May 2012, people living in Thapathali slum community woke up, when bulldozers, protected by riot police forces, started the government program, “Bagmati River Basin Improvement Project”, by demolishing the large and most visible slum built on the river bank of Bagmati River. Few hours later the whole settlement together with its church and school, was a huge heap of sticks, bricks, plywood, sheet metal and pieces of tarpaulin. (Human Rights Watch 2012.)

In the shadows of the Asian urban jungle, slum and squatter settlements are growing in numbers but their existence is on other people’s hands. Living at the margins of society, their inhabitants are often deprived of basic access to education, health care and a decent standard of living. But can life also hold promises of a better future? What does wellbeing actually mean for the inhabitants themselves? This paper presents a joint research and development process by Diaconia University of Applied Sciences (Diak), Turku University of Applied Sciences and the Nepalese St. Xavier’s College, with an aim to describe and analyze the wellbeing of people in the Balkhu riverside slum settlement in Kathmandu, Nepal. We are interested in answering two questions: What do people in a slum think about their everyday life? How satisfied are they with their current life?

The student research team from Diak first established contact with the community and learned basic information through observations and initial discussions. This contact was based on earlier collaboration done by lecturer Kyösti Voima from Diak. Then community leaders, contractors, government personnel and various stakeholders, totaling over 30 persons, were interviewed, and the survey in Balkhu community was conducted. Local key resources were the trusted leader of a community-based organization in the settlement as well as the social development officer and environment and energy officer from the District Development Committee (DDC) in Kathmandu. Two Bachelor’s theses (Khanal 2014 and Rumba 2014) were done in this project.

Nepal is a poor nation. Estimated per capita Gross Domestic Product per capita PPP was US $ 2265 for the year 2014. At the same time GDP per capita PPP in Finland was US $ 38 569 (Trading Economics 2016). High rate of rural poverty has caused internal displacement and attracted people to settle in urban areas (Acharya 2010, 179-180). Uncontrolled rapid urbanization, low socio-economic growth, inadequate capacity to cope with housing needs and poor imbalanced governance has caused increase of urban poverty (Shakya 2010, 1; see picture 6).

Since the 1950s dozens of settlements have been established alongside the two major rivers, Bagmati and Vishnumati. The Balkhu settlement is located along the holy river Bagmati. The riverside has natural access to water, making it a preferred choice for new dwellers but these rivers are the most polluted ones in the country (Toffin 2010, 157–158; see picture 3). A need for drinkable water is huge and many ways to guarantee clean water are in use (see picture 5). Also sanitation is challenging (see picture 6). An estimated 1650 people reside in 360 households, making Balkhu one of the largest settlements in the valley. Several religious groups are established in the settlement area (Kivelä 2014).

Next to Balkhu settlement is the Balkhu Fruit market and opposite are a few industries and warehouses. Balkhu is a strategic location from the economic point of view as it is next to Ring Road which connects with the transport system going away from Kathmandu Valley. There is an open dumping site used by the fruit market to dispose of unwanted market waste, majority of these being bio waste (see picture 2), and another unprotected mixed waste dumping site just on the opposite side of the river, increasing the waste load of the heavily polluted river.

Quality of life in a slum

The concept of quality of life (QOL) has been expressed in different ways. The concept is close to such concepts like Good life, Wellbeing, Satisfaction and Happiness. The earliest well-known Western formulation of good life (quality of life) was expressed by Aristotle in his concept of “eudaimonia”, where the individuals were encouraged to realize their full potential to achieve a “good life.” In the meanwhile, Eastern philosophers brought forward the QOL by equal distribution of resources and restraining from individual desires. (Diener and Suh 1997, 190.) QOL according to the utilitarian theory presented the idea of satisfaction of the individual desires and a good society is defined as the one which provides the maximum satisfaction or positive experiences to its citizens. It is not limited to crude materialism but it also involves generosity and satisfaction from altruistic behavior. (Cobb 2000, 7.)

The quality of life of people in the Balkhu Settlement is presented from a subjective viewpoint as well as by objective observation. Objective observations have been done in participatory observation and interviews and results are documented in this article with photos from Balkhu. The subjective part of wellbeing deals with how satisfied Balkhu residents are with different domains of their life. Domains have been selected based on earlier studies on subjective wellbeing (see Kainulainen 2014). These themes are studied by questioning the following questions:

Quality of Life in the Balkhu Slum Settlement

As an illegal settlement the community is subject to government evacuation or demolition. The houses in Balkhu are also subject to natural calamities and the surrounding environment is not suitable for healthy living. The polluted Bagmati River is a great threat in terms of health and flooding. The settlement is subject to social and economic discrimination and marginalization. Given all these factors the community is considered insecure for living. The survey revealed 57 percent responded they were dissatisfied with safety within the community while only 20 percent of families were satisfied with the safety of the community.

The developing plans of Bagmati River by Kathmandu Municipality increase the peoples fear to be evacuated (see Bagmati action plan 2008). Every fourth responded evacuation as the fearful factor. 40 percent responded natural calamities such as flood and fire to be the other factors. Rest of the respondent mentioned fear of robbery, diseases, sewage and alcoholism to be fearful factors. People have good reason for their fear. The unsuccessful government action in 2012 made the situation of thousands of slum settlers even more vulnerable than before.

The Balkhu settlement is a prime example of urban poverty and very little improvement has been seen in addressing this issue as the number of settlements is growing year after year. According to our findings, neither the objective nor the subjective quality of life can been considered satisfactory in Balkhu. The settlement lacks the basic facilities such as proper shelter, safe drinking water, clean environment and electricity among others. Personal faith can be integral for maintaining hope – whether you are a Hindu, Buddhist, Christian or Muslim – and faith-based organizations have provided crucial practical and spiritual aid. However, care should always be taken that religious adherence does not exclude anyone from getting aid. Full dignity and respect of universal human rights need to be ensured for all.

Subjective wellbeing tells the story of how people feel about and evaluate their objective environment. Objective and subjective indicators tell us that the situation is extremely bad in slums. But subjective indicators also tell us that even in a very dire situation some people don’t give up and people have dreams and hope (see Biswas-Diener & Diener 2001). The facts we have brought up in this article give us as developers of UAS some hints how to strengthen the capacity of people living in slums to overcome the challenges.

According to our experiences we recommend the following: building a “neutral” community house for community meetings to enable people from different ethnic and religious backgrounds to come together; improving the infrastructure: water, sanitation, waste management; training of preschool teachers to strengthen the children’s school readiness as well as starting a Neighborhood Care Point (NCP) to increase the children’s wellbeing and strengthening the capacity of the community health promotion.

Kivelä, S. (2014). Faiths and community in a riverside slum in Nepal. Paper presented at the Diaconia under Pressure conference in Stockholm 18.9.2014. Organized by the International Society for the Research and Study of Diaconia and Christian Social Practice.

Shakya, S. (2005). An extensive study of the urban poverty situation and its environmental implications in the squatter settlements of Kathmandu and Dharan. Accessed 18.10.2014. lib.icimod.org/record/378/files/362.5SHE.pdf 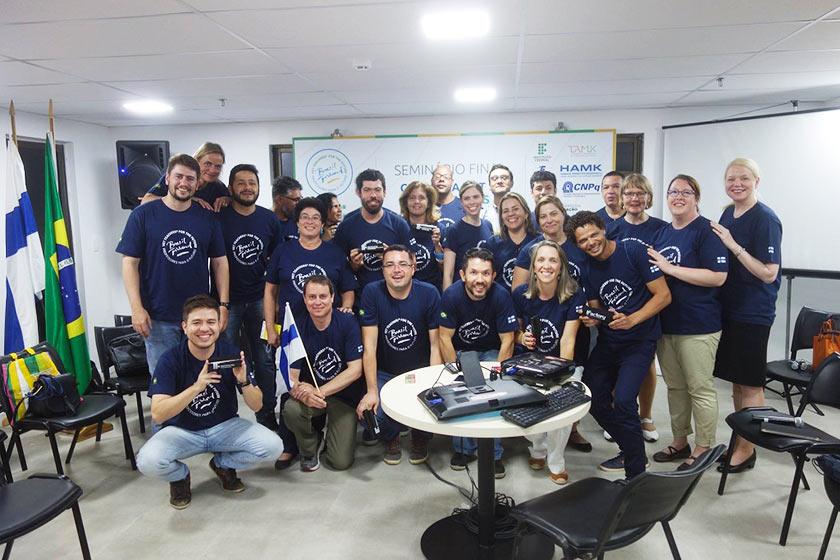 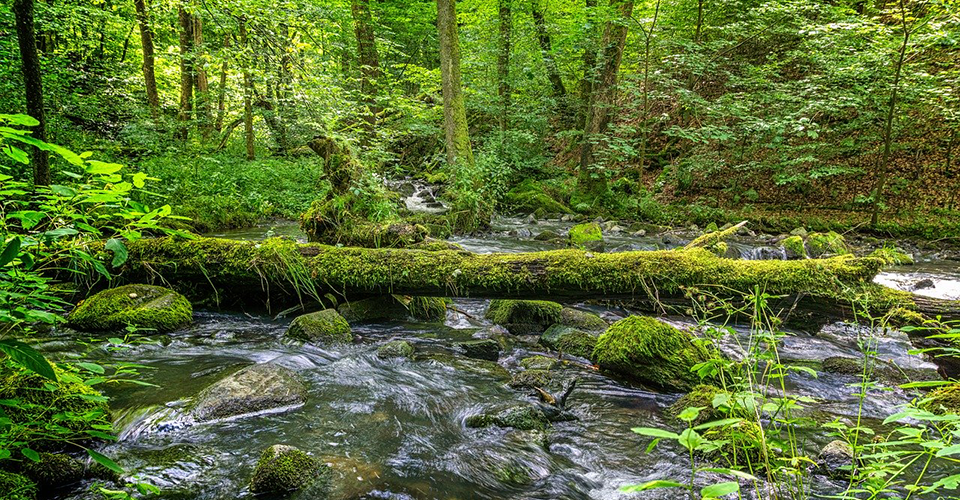 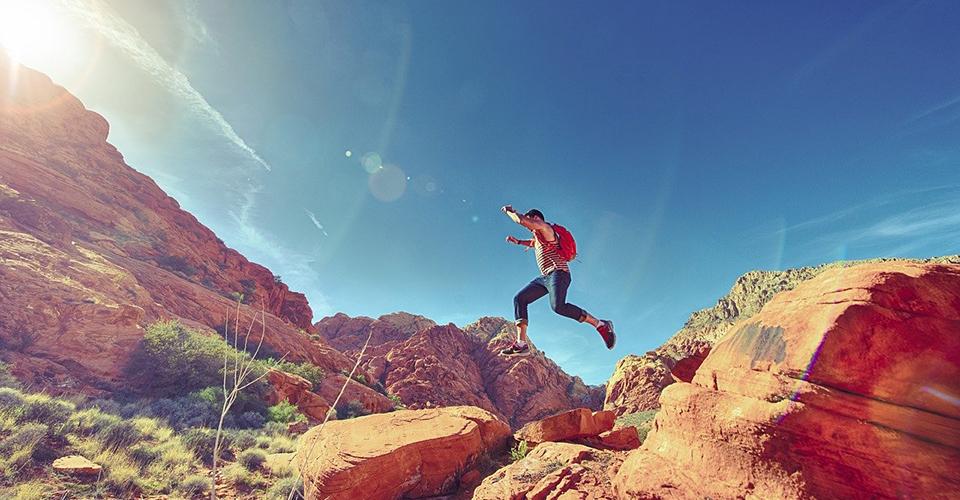