At the moment, internationalisation plays an important role mainly in large companies and work places in North Karelia. The number of small and medium sized enterprises (SMEs) operating at a global level is still rather small. Exporting is restricted to relatively few companies in North Karelia: about 20 companies are responsible for 80 % of exports. The share of SMEs in exporting was only 11‐ 16 % of the total export figures for 2008‐2009. (See Pohjois‐Karjalan elinkeino, liikenne‐ ja ympäristökeskus 2010.) In order to rise to the challenge of international business, companies need competitive products and/or services, international demand for their products and/or services, personnel with international competence and motivation, as well as sufficient investment in international business.

2 Background information for the survey

The online questionnaire related to the objectives of the survey was sent out by email to member companies of North Karelia Chamber of Commerce in February 2010. Replies were received from 309 companies. The data from the 309 questionnaires were coded for statistical analysis to answer the research questions. The SPSS was used for statistical analysis. In addition to this, twelve company interviews were carried out and the interviews were transcribed for the purpose of analysis. A press release was drawn up and circulated to local newspapers at a press conference in June 2010. The results of the company survey, as well as the results of the surveys carried out among the staff and students of North Karelia University of Applied Sciences, were reported in the publication Kansainvälistyvä Pohjois‐Karjala (Airola 2011). The quotations used in this article are direct quotations from the company interviews.

2.3 Background information on the companies

The main market for all the companies was Finland. 19 % of the companies also did business in the Nordic countries, 23 % in other European countries and 15 % in Asia or North and South America. The biggest single foreign market was Russia (13 %), followed by Sweden (12 %) and then by Germany (10 %).

“We need competence, organisational skills and a clear strategy.”

“Versatile language skills are an important and special challenge for a company.”

The least shortages were found in the items ‘expertise about customers’ requirements’ and ‘competitive pricing’. Only 16 % of the companies felt that they had problems with competitive pricing. Usually in surveys investigating international competence, the competitive pricing is a problem, because in foreign trade it is impossible to price products/services at the same principles as in domestic trade (Larjovuori, Laiho & Talonen 2004.)

“Finding skillful employees is a challenge.”

In the following question, the respondents were asked to consider the kind of requirements needed for a person who was being recruited for international roles. Skills related to oral communication were considered to be the most important: language and communication skills (71 %), good negotiation and cooperation skills (49 %) and good salesmanship (30 %) (see also Jussila, Mäkinen, Mäkirinne & Tompere 1997). (See Figure 2.)

The results show that personal communication was considered to be very valuable in international business. In addition, familiarity with trade practices and practical processes was valued, together with the ability to acquire information. In this area, the replies were similar regardless of the field or the size of the company. In many interviews, it was pointed out that there could be problems in recruitment, particularly if the company was situated outside Joensuu. On the other hand, if the company was known as a good brand the location of the company had no relevance at all.

Language, culture and communication are challenges in international business. Language competence is considered to be extremely important in international business and particularly important in building successful relationships. If there is no common language between business partners, companies could fail to understand the true meaning of business. As a result of the liberation of world markets, requirements related to language competence have diversified. Employees who are competent at several languages are needed. According to the staff and educational survey carried out by the Confederation of Finnish Industries (EK) in 2009, English, Swedish and Russian are the most important languages needed for working life in Finland. The position of English will remain strong and will be even more important in the future. As the significance of Asia and Southern America is set to increase in international trade, more speakers of Portuguese, Chinese and Spanish will be needed in the future. (Elinkeinoelämän keskusliitto 2010.)

This survey also found English to be the most important requirement in recruitment. However, finding a person with versatile language competence, e.g. also with a knowledge of German, French, Russian or Spanish, is extremely difficult in North Karelia. Despite the fact that North Karelia is a neighbour to Russia, not very many people have a good command of the Russian language.

In addition to language skills, cultural competence is required in international business communication. Sometimes, the role of culture is over‐emphasised: in Europe, business people can get along very well if they are true to themselves and take other people into consideration in an appropriate way. However, the world is rich in habits and culture: for example, in the case of Asia it is good to have cultural knowledge, since habits and values differ from those of ours. One of the companies interviewed had organised a course on Chinese culture for its staff, because China was a new business partner for the company. It is also worth pointing out that personal experiences are important in learning culture.

4 Aims for internationalisation in the future

“Internationality is a lifeline for our company.”

The companies were asked whether they intended to expand their market areas. 29 % of the companies (N=85) gave a positive answer. The compani s in industry had the greatest expansion plans (49 %), whereas the companies in the retail business had the least expansion plans. Expansion plans were directed mainly towards Europe, but Asia was also clearly an area of interest. As for individual countries, Russia was of the most interest, followed by Sweden, Germany, the Nordic countries, Germany, China and Japan. Related to their plans for expansion, the companies were asked whether they had plans to develop new products or services to meet the needs of foreign customers. The results show that 37 % of the companies intended to develop new products or services.

One significant characteristic in the globalisation of North Karelia is its location as Russia’s neighbour. The close vicinity of growing Russian markets gives Finland a competitive edge. This kind of advantage is not, however, be taken for granted. Instead, a lot of determined work is required. In order to succeed in business with Russia, companies need to have knowledge about Russian business, culture and legislation as well as business manners (see Korhonen, Sivonen, Kosonen & Saukkonen 2008). Over 40 % (N=129) of the companies felt that their knowledge about Russian business was not sufficient. Expectations towards doing business with Russia in North Karelia are huge. The interviews revealed, however, that markets in Russia are not easy and surprises can always be anticipated. For example, Russian legislation and language barriers make business rather complicated. Also on a national level, companies felt that the missing common language was an obstacle in developing business between Finland and Russia (see e.g. Elinkeinoelämän keskusliitto 2010).

Not all of the companies interviewed were interested in Russian business: some did not need Russian cooperation, as they did not have suitable products or just did not want to work in Russian markets. Some companies pointed out that North Karelia was perhaps rather too Russia‐oriented
and that Russia was emphasised too much in public spe ches. Some companies stated that they did not want to take a risk concerning Russian business, but instead chose less risky markets. Also, shortages in knowledge about Russia could present a clear obstacle.

5 Cooperation between companies and educational institutions

Only 8 % of the respondents had cooperated with educational institutions in relation to international activities. Most cooperation had taken place with North Karelia University of Applied Sciences in the following fields: students’ theses, international trainees and staff training. Cooperation related to students’ theses had been carried out with larger companies. According to the respondents, there might be more opportunities for cooperation in the field of theses, but it would require more activity from companies as well as information and activity from North Karelia University of Applied Sciences. Some companies had also cooperated with the University of Eastern Finland, North Karelia College, the North Karelia Adult Education Centre, Joensuu normaalikoulu and Niinivaara comprehensive school.

As a result of English degree programmes and exchange activities in the University of Eastern Finland and North Karelia University of Applied Sciences, companies had been given the opportunity to hire an international trainee. North Karelia University of Applied Sciences arranged work placements for 270 foreign trainees from 1993 onwards. Trainees came from different countries, mainly Belgium, Germany, France and Poland. (Kohonen 2010.) In this survey, 41 companies had taken trainees from EU‐countries, Russia, China, Turkey, Korea, Japan, Israel and the Ukraine. Industry and the retail trade had been the most active in hiring international trainees. Approximately the same number of companies was also interested in hiring a trainee in the future.

Promoting internationalisation is of vital importance for North Karelia’s future. Promoting internationalisation is one of the major topics in different regional strategies. For example, according to the strategy of North Karelia 2030, international level competitive business life and reinforcement of expertise and employment are among the main foci (Regional Council of North Karelia). International business offers new dimensions but, on the other hand, more competence is required from staff compared to that required for domestic trade. As North Karelia is a rather small region (about 166 000 inhabitants), close cooperation between the business sector and educational institutions is needed to increase the international competence of staff. At the same time, the global competence of students is being developed, thus ensuring a qualified labour force for regional needs.

Based on the results of the survey, the following actions are recommended: 1) Training and education, e.g. professional education, short courses and seminars for companies to increase the level of business competence. It would be important for local educational institutions and regional development companies to discuss how each of them could promote the internationalisation of the region and furthermore, to agree on the distribution of training and education. Modern technology should to be utilised effectively in training. 2) To develop the availability of international trainees for companies. The cooperation of companies with international trainees has been shown to be valuable. Therefore, it is desirable that this kind of cooperation continues. 3) A language skills survey in companies to find out the current and future language needs of companies. The previous language skills surveys in North Karelia date back to the early 2000’s (Airola 2004 and Airola & Piironen 2005), therefore, a new survey is required. This kind of survey would help both companies when planning their staff’s language training as well as educational institutions when they are developing language studies. 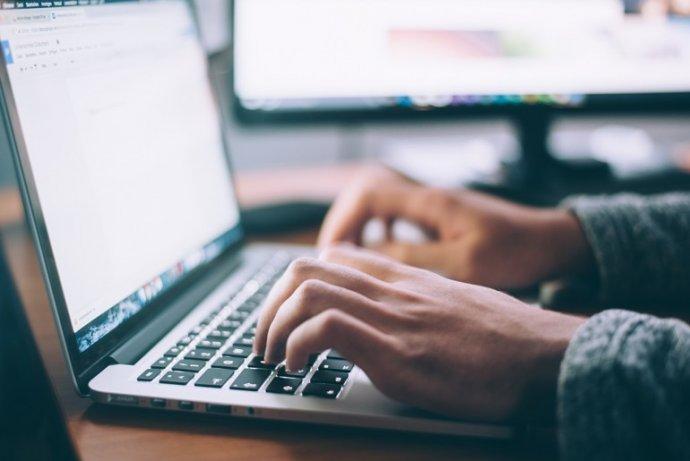 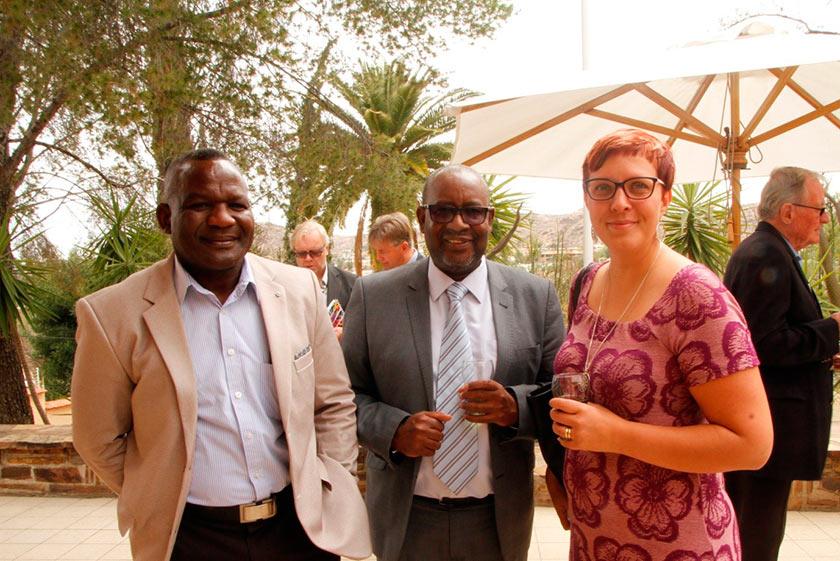 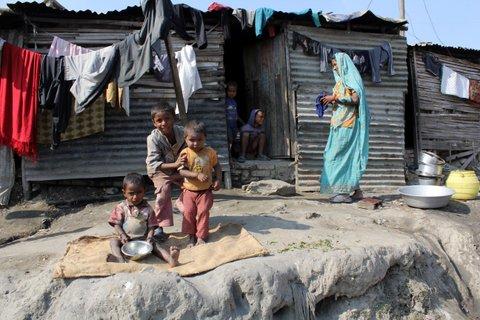 Quality of life in a Kathmandu slum